The Worlds of Ross

Ariel Taylor can slow time almost to a complete stop. For instance, she can move between rain drops, enjoy snow in a way normal people can’t fathom. She’s also pregnant with twins who may or may not also have the same ability. The Government wants her, whether she likes it or not. Will she escape and what will she have to do to get away from them? And what other ability does she have? Will her twins have? And the men she meets. What do they have to offer her?

Nikki Sanchez, if that’s her real name, is a young woman who wanders into a bar in Mexico and meets Tom Sawyer, the ex-rock and roll legend. He dropped out of the whole scene after a bad accident some years back and opened his quiet, unassuming bar in a coastal town in Mexico. Before he’s given it much thought, he’s embroiled in a nationwide hunt for answers, dodging killers and discovering love he never thought possible. Along the way he also finds a daughter he never knew he had.

Both books will be available soon on Kindle. 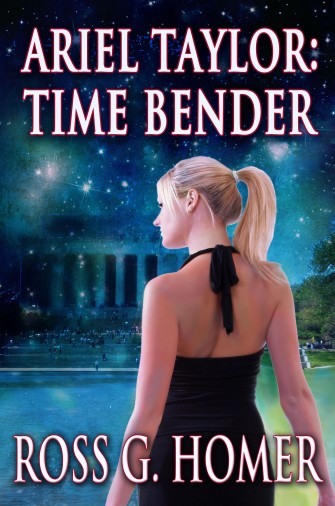